Originally British, shearling is a must in any winter collection. Mostly used in outerwear, this season we have received a variety of styles — from coats, like Jonathan Anderson's version for Loewe, to sneakers. "A shearling lining provides warmth, softness and a touch of luxury" — explains stylist Grace Gilfeather, who has worked for brands like Burberry and Louis Vuitton. Ahead of the colder months of the year, we select some of our favourites, including pieces in both natural and synthetic leather.

A work of craftsmanship, from Loewe
Made in novak leather, Loewe's take on the shearling coat proves why the Spanish luxury house has been a hallmark for leather craftsmanship since its founding in 1846. Its sheep wool lining and folded collar will keep you safe from the cold this winter and those to come. For him, Etro and Stone Island Men's options from Etro and Stone Island feature shearling as a subtle detail, adding a finishing touch to a masculine design conceived for the city. 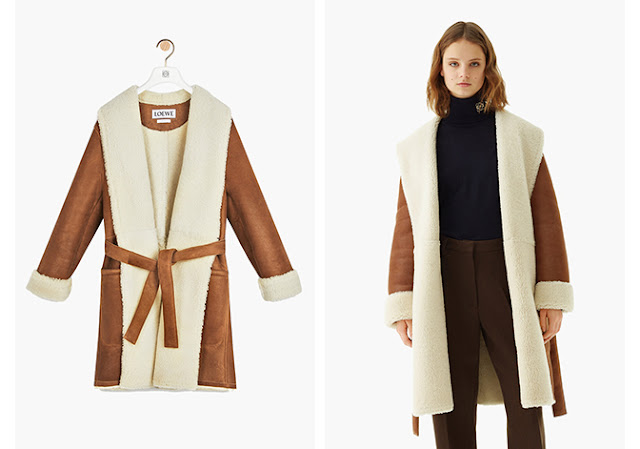 For men, Etro and Stone Island

Men's options from Etro and Stone Island feature shearling as a subtle detail, adding a finishing touch to a masculine design conceived for the city. Balenciaga's synthetic option Although it is not exactly made from shearling, we should not forget to include a piece like this. Balenciaga's Swing coat elevates the status of synthetic fur with a fantastic construction and oversize volume, in a garment that proves that artificial options can also be a luxury.

Wool-lined bags
This season shearling is also seen in bags. The reversible Cabas Phantom from Celine adapts the trend to the codes of Hedi Slimane, with youthful yet sophisticated design. Off-White also reimagines its classic Jitney with a complete white sheepskin exterior. 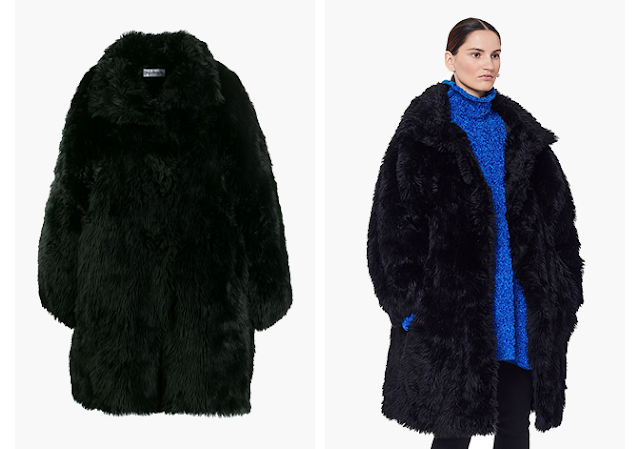 Footwear, by Golden Goose and Celine
Shearling became popular during the 1970s, a decade with a clear influence on Celine's latest collection — and the knee-high calfskin boots are a fantastic example. Golden Goose reimagines the classic Superstar sneakers with a removable shearling lining. 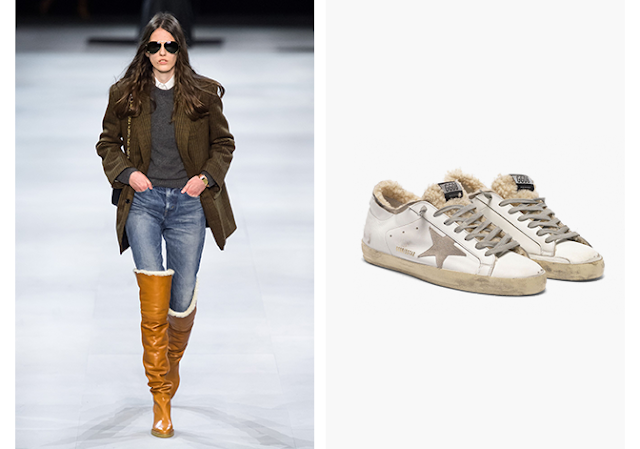 As always, we would like to invite you to discover all the different options in our store, where we will be delighted to attend you, and also online.